September 2015: Highpoint Community Bank, Hastings, Michigan’s achievement of BAUERFINANCIAL’S coveted 5-star Superior Rating puts it in an elite category as one of the strongest banks in the nation, excelling in such areas as capital, loan quality, profitability and more. Highpoint Community Bank has earned this highest 5-Star Superior rating for the most recent 24 consecutive quarters.

Established in 1886, Highpoint Community Bank has been dedicated to its customers’ needs for 129 years. Today it operates through seven branch offices in Bellvue, Caledonia, Hastings, Marshall, Middleville, Nashville and Wayland and can be found on the inernet at hastingscitybank.com.

Member of the FDIC and an Equal Housing Lender

BAUERFINANCIAL, Inc., Coral Gables, Florida, the nation’s leading independent bank and credit union rating and research firm, has been reporting on and analyzing the performance of U.S. banks and credit unions since 1983. No institution can pay for or opt out of a BauerFinancial rating. Consumers may obtain free star-ratings by visiting bauerfinancial.com 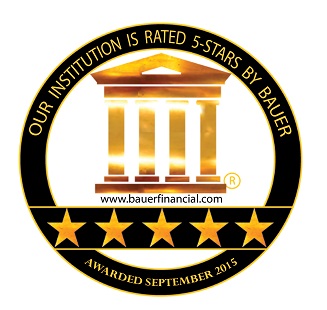