BAUERFINANCIAL has been analyzing and reporting on the nation’s banks since 1983… providing ratings you can trust. Earning a 5-Star rating from Bauer indicates that Highpoint Community Bank is one of the strongest banks in the nation. Some of the areas in which it excels are:

Capital – more than twice the capital than in required by regulators;
Loan Quality – delinquent loan levels are manageable;
Profitability – Highpoint Community Bank earned $0.439 million in the first quarter 2016 and $1.783 million in 2015.

“We’ve been doing this for a long time”, notes Karen L. Dorway, president of BauerFinancial, “We’ve seen the ups …and the downs of this industry and the one constant, is that community banks, like Highpoint Community Bank, continue to shine, even in the toughest times. Knowing their customers is the key to making solid investments into the future of the communities they serve.”

Highpoint Community Bank was established in 1886 and has been providing top quality banking services to its neighbors ever since. Today, in addition to its website (hastingscitybank.com), Highpoint Community Bank operates through seven branch offices in Bellevue, Caledonia, Hastings, Marshall, Middleville, Nashville and Wayland.

Member of the FDIC and an Equal Housing Lender
BAUERFINANCIAL, Inc., Coral Gables, Florida, the nation’s leading independent bank and credit union rating and research firm, has been reporting on and analyzing the performance of U.S. banks and credit unions since 1983. No institution can pay for or opt out of a BauerFinancial rating. Consumers may obtain free star-ratings by visiting bauerfinancial.com 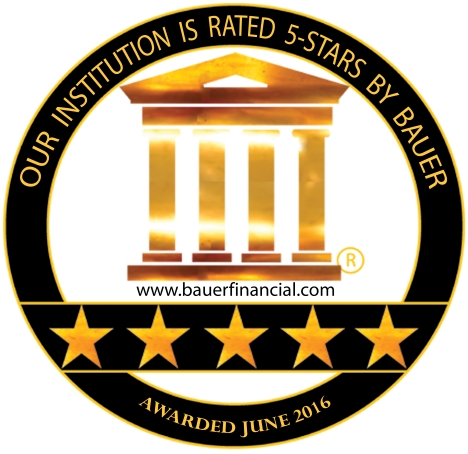